Identity, Language Use and Naming Patterns 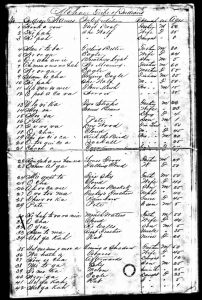 This general substantive research area focuses on the interrelated topics of Identity, language use, and naming patterns. Of interest are both the use of English and the use of Native languages in American Indian life. Also of interest are the associated matters of identity and naming patterns. We are using Bureau of Indian Affairs data to document levels and trends of the use of Native and Euro-American names from the 1830s through 1885—as well as social characteristics associated with different naming patterns. We are also using decennial census data to examine the ways people with Native ancestry identify themselves as American Indian, as well as changes in patterns of American Indian identity in the 20th century.