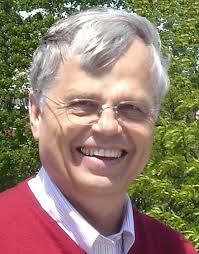 Arland Thornton is Professor of Sociology, Population Studies, and Survey Research at the University of Michigan, where he is also associated with the Native American Studies Program and centers within the International Institute. He is a social demographer who has served as president of the Population Association of America and previously held a MERIT award from the National Institutes of Health. He has received four awards for his books as well as distinguished career awards from the American Sociological Association and the Population Association of America. Thornton has focused much of his career on the study of family and demographic issues, with emphasis on marriage, cohabitation, childbearing, gender roles, education, and migration. Thornton has also pioneered the study of developmental idealism, including its conceptualization, measurement, and influence in many places. He has collaborated in the collection and analysis of data from Albania, Argentina, Bulgaria, China, Egypt, Hungary, Iran, Iraq, Lebanon, Malawi, Nepal, Romania, Saudi Arabia, Taiwan, Turkey, the U.S., and Vietnam. Thornton is currently conducting research concerning several dimensions of American Indian life, including levels, trends, and differentials in school enrollment, literacy, and years of school completed.